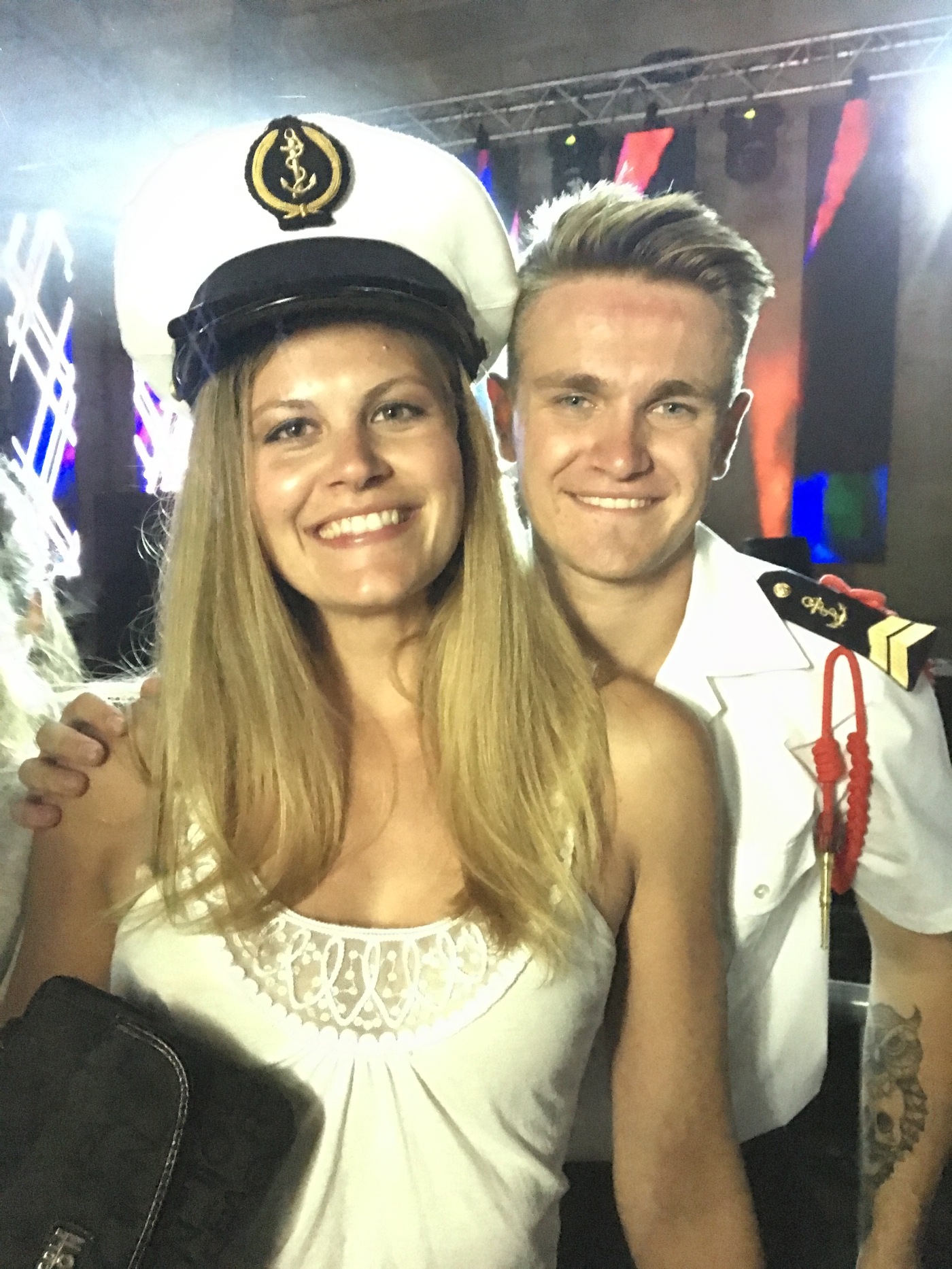 Friday I woke up in the outskirts of Paris and ate yet another awesome breakfast with my Turkish host, Peter*.  We had decided the day before that we were going to go on a run and explore several different areas in the countryside that were Peter’s personal favorites, so we changed into our running gear and headed out to the bus.

The bus dropped us a mile or so away from our first stop, and we took up a light jog to reach a gorgeous and tranquil house in the middle of a generously lush and densely green plot of land.  There was a pond in the front lawn, and although the house itself (formerly a place for artists, I was told) was abandoned and hence run-down, the area around it was well-maintained and had a beautiful vegetable and flower garden complete with vined arches.  It was a perfectly picturesque scene. 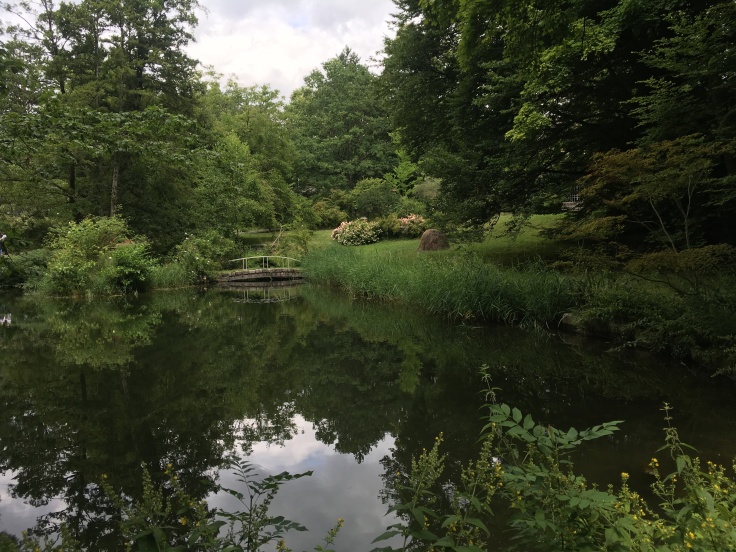 After wandering the whole of the property, we set off in a light jog yet again to reach Parc de Sceaux, a huge park looked over by a big (BIG), old country house.  The grounds were massive, and have been turned into an awesome community space with expanses of green grass, fountains and ponds, and wide walking paths meandering the impressive view.  After jogging around the park to take it all in, we stopped and rested for a bit in the grass (pleasantly surprised by a group of Bollywood dancers filming a short dance segment in front of the house-an impressive backdrop!)

After sufficient rest, we walked back to the bus stop and caught a ride back to Peter’s* apartment, where we took turns showering and getting ready for the night’s activities.

Since it was Bastille day in Paris, the only logical course of action was to find a spot near the Eiffel tower and wait for the spectacular fireworks show later that night.  We met up with his friends outside of the tower area, and after being checked by security were able to make our way closer to the Iron Lady.   I was super excited about the whole experience, and I tried to ignore the heavy police presence that permeated the entire night.

After settling on a spot with a decent view of the tower, we enjoyed the live classical and opera music that filled the air-which was a striking difference from the Jay-Z or Beyonce that would have been blasting over the loudspeaker in the USA.  Finally, at around 11:00pm, it was deemed dark enough to start, and the sky was set ablaze for the next 45 minutes with round after round of rainbow color highlighting the Eiffel.  It was truly an amazing scene.

After the fireworks ended, we joined the massive thong of people walking to the nearest metro station.  Our goal?  Get to the nearest Fireman’s party!  The Bal des Pompiers, or Fireman’s ball, is a traditional event held in the fire stations around Paris; men in uniform await to set your heart aflutter, and DJ’s and makeshift bars get the party pumping.

When we arrived at our party of choice, we were confronted by a huge line.  One of the girls and I decided to walk to the front to see how long the wait was (i.e. see if we could get in).  After chit-chatting with the fireman at the front of the line, we were told that we had to wait–but then he asked where we were from.  When I told him I lived in California, he immediately perked up and told us all about his upcoming trip to San Diego and Los Angeles.  After giving him a few suggestions for his visit, he motioned us to come inside.  Success!

The rest of the night went off without a hitch.  It was my goal to dance with a fireman because, come on now, you can’t be at a Bastille Day Bal des Pompiers and not dance with a pompier.  I spotted one who immediately perked my interest, and I made my way over to him.  Pointing at his hat, I motioned that I wanted to wear it, and he immediately handed it over and we started grooving.  Pictures were taken, dancing was done, and fun was had by all!  All in all, it was a good night.

The next morning was my last morning in Paris, and I packed up my giant bag (note to future self-YOU DO NOT NEED THAT THING, PACK LESS) and headed into the city.  Peter’s friend had an extra ticket to a modern dance show (a 80 euro ticket for 10 euros-wahoo!) so I happily went along with her since all of her other friends were busy.

I absolutely love dancing, so I was super pumped for the show.  Five minutes in, I was racking my brains to see in what universe the dance moves they were doing would be considered dancing.  One torturous hour later, it finally ended and I made a promise tsqo myself to never, ever subjugate myself that experience again.  I don’t know about you, but modern dance does NOT float my boat.

After the dance show, I said goodbye to my friend and wandered around the Bastille square area.  A cheese crepe and ice cream were a must, obviously, and the crepe had so much cheese on it I had to squeeze some into the garbage (I know–normally sacrilege, but a necessity in this case).  Both were delicious.

Hopping on the metro yet again with my ridiculously huge suitcase-sweating profusely as I hauled it up and down the flights of stairs-I arrived at the train station where the TGV (France’s fast train) was waiting to take me to Grenoble.  Settling into my seat, I was pleasantly surprised to find to nice French women as my seat partners, and we chatted merrily for the duration of the trip, thus ending my sojourn in Paris on a highly pleasant note.

Lessons Learned?  A) Don’t ever accept an invitation to a modern dance show.  Ever. B) There IS such a thing as too much cheese.  C)  Fireworks aren’t really fireworks unless they are set off with a backdrop of the Tour Eiffel.